The Abraham Lincoln Institute Executive Committee consists of the primary officers of ALI who generously devote many hours to promoting professional quality, academic level Lincoln scholarship that is freely available to all who are interested. The Executive Committee members also serve on the ALI Board of Directors. 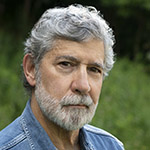 Ron Soodalter is a full-time writer. Ron Soodalter In addition to his two current books, Soodalter is featured in six others, and has had over 450 articles published in such periodicals as the New York Times, Smithsonian, Civil War Times, Military History, New York Archives, and America’s Civil War. He is the recipient of the International and Regional Magazine Association’s 2010 Gold Award, 2014 Award of Merit, and 2016 Silver Award.

Soodalter has taught in various schools throughout New York State, and in New York City’s Riker’s Island Prison. He worked as curator of a Colorado history museum, where he served on the Board of Directors of the 10-state Mountain-Plains Museums Conference. Soodalter studied Flamenco guitar with the world renowned Carlos Montoya, and has played professionally all his life. He is a dedicated student of folk music, and has collected traditional ballads in the United States, Ireland, and Scotland. Also an accomplished scrimshaw artist, Soodalter has been featured in a prominent Manhattan art gallery.

Soodalter currently serves on the Advisory Board of the S.S. Columbia Project, and is a member of the Western Writers of America. He has two daughters, Jesse and Melora, and a granddaughter, Nico, and a grandson, Bennett Lincoln, and lives with his wife Jane in Cold Spring, New York. 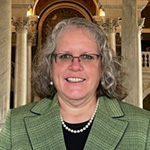 Michelle A. Krowl is the Civil War and Reconstruction specialist in the Manuscript Division of the Library of Congress. She was previously a research assistant for historian Doris Kearns Goodwin, and an assistant professor of History at Northern Virginia Community College. 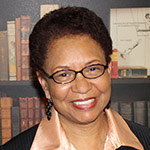 Edna Greene Medford is Professor of History at Howard University. She specializes in 19th century US history, with an emphasis on slavery, the Civil War and Reconstruction. She is currently assigned to the Office of the Provost and serves as Associate Provost for Faculty Affairs. 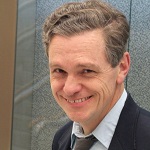 Clark Evans served for 38 years in the Rare Book Reading Room at the Library of Congress, home of the Alfred Whital Stern Collection of Lincolniana.

Mr. Evans has authored Lincoln related articles for the Lincoln Herald, the Lincolnian, and the Dime Novel Round-Up.

Past and Present Positions:

President of the Lincoln Group of the District of Columbia, two terms: 1990-1992 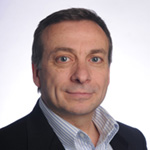 A lifelong independent Lincoln researcher and career scientist, David J. Kent is the President of the Abraham Lincoln Group of Washington D.C. He has written six books, his most recent being Lincoln: The Fire of Genius. He has also served as president four times for several regional scientific organizations.

Past and Present Positions:

All material hereon should be considered under copyright © protections according to U.S. law and international treaty, and may not be reused or linked to without the permission of the author, artist, or other copyright owner as designated.